This still remains one of the most mysterious unsolved mysteries of all time. A surveillance video, captures some of the final moments of a young woman’s life. Her name is Elisa Lam and she was only 21 years old, born on April 30th, 1991.

On February 6th of 2013, the Los Angeles Police Department released information about the disappearance of Elisa Lam. Out of desperation and hope, people searched and held a press conference regarding Lam’s disappearance.

Elisa was seen on camera, acting quite strangely. Watching this, is unsettling for some people to see. There is just something rather creepy about all of it. She appears to be experiencing some sort of delusions. 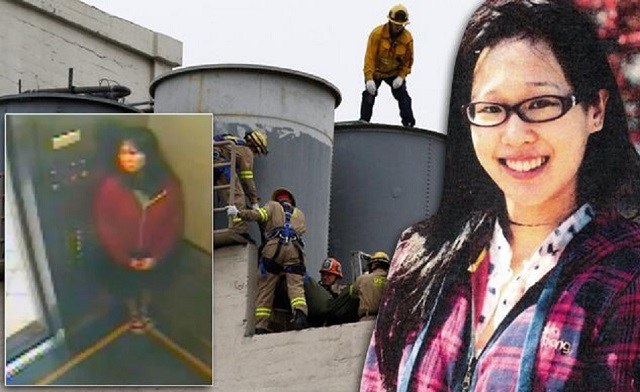 While watching the video, Elisa starts moving her hands around. The gestures she makes, can’t be explained and make no real sense. It appears almost as if she is talking with someone or is seeing something that wasn’t picked up on camera. There are different theories about what happened to her, but many feel that she was depressed or even suicidal.

Clearly she was troubled by something. Being unsettled, she begins fidgeting around the elevator and hallway area on camera. This lasts for around four minutes seen in the video footage.

Several weeks later, guests began to complain about the water tasting and smelling strangely. As it turns out, Elisa was found inside of a water tower, located at the top of the hotel roof.

A maintenance worker first discovered her on February 19th, 2013. Elisa’s body was badly decomposed by this point. After the autopsy was performed, there were no traces of any kind of drugs or alcohol in her body. 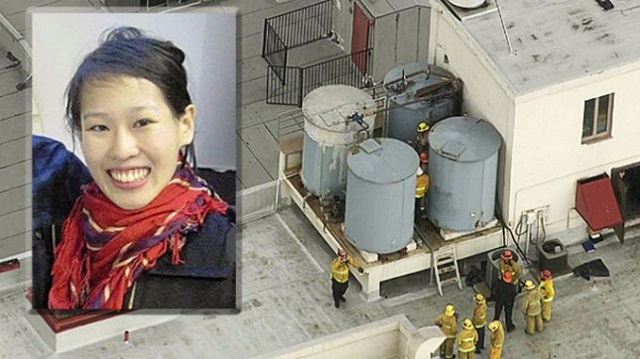 What initially was ruled as an accident, doesn’t quite explain how Elisa was able to get inside of a 15 foot water tower which was locked. The top opening is small as well. (Although Elisa wasn’t that large of a woman) Her body was discovered naked and the fire department, had to cut out a square sized hole to retrieve her corpse.

One of the hotel staff noted that Elisa was alone. A woman named Katie Orphan (who was the manager at a nearby bookstore) was the only person who remembered seeing Elisa while she was still alive on the day she went missing.

Katie went on to say, that she seemed outgoing and friendly while purchasing books as gifts for family and friends. Police scoured the entire property of the hotel with great detail. They searched through Lam’s room using dogs as well. No unusual scents were picked up upon the inspection.

Sgt. Rudy Lopez mentioned: We didn’t search every room, we only do that if we had probable cause. Upon further investigation, it would have been incredible for Elisa to have gained access through several alarmed doorways. The day that she went missing, no alarms were triggered.

Elisa was a Chinese Canadian woman, who is the daughter of immigrants from Hong Kong. The family, later opened a restaurant located in the Vancouver suburb of Burnaby. Since her death, Elisa Lam has remained one of the most perplexing deaths in recent times. The media still continues writing about her even now. Perhaps someone out there knows something more and this mystery will finally be solved.