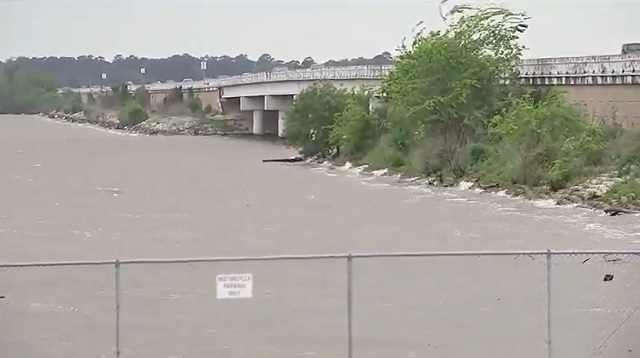 While volunteers were clearing debris along a bridge located in Lake Houston, Texas they soon discovered a female human head. She is estimated at being between 20-45 years old and a white or Hispanic female. Her eyebrows appear to have been tattooed on, she has auburn brown hair along with extensive dental work which was done.

The discovery happened sometime in the afternoon, along the 11000 block of FM 1960 East on March 24th. Police have more information now, about a possible suspect involved in this bizarre case. A man was seen, driving a teal or blue-green Chevrolet Silverado extended cab pickup truck. 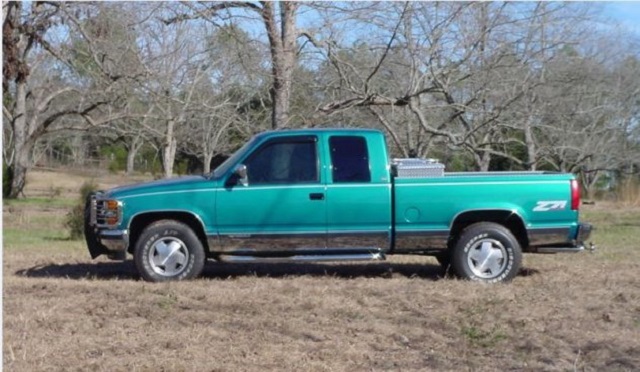 The truck does have some defining markings on it including a back left passenger window that is broken. Cardboard is covering over the broken window. The vehicle also is believed to have been wrecked several times and is beat up looking.

An eyewitness, told the police that the man in question – was seen tossing a black plastic bag off the bridge. The police are trying to find anyone who might have information regarding this man seen several weeks earlier.

The suspect is question is estimated to be in their mid 20’s with short dark brown hair, with long bangs covering their face. They are believed to be about 5 feet 4 inches tall and they have a fair skin complexion. At the time of the sighting, they were wearing a gray and black plaid shirt. 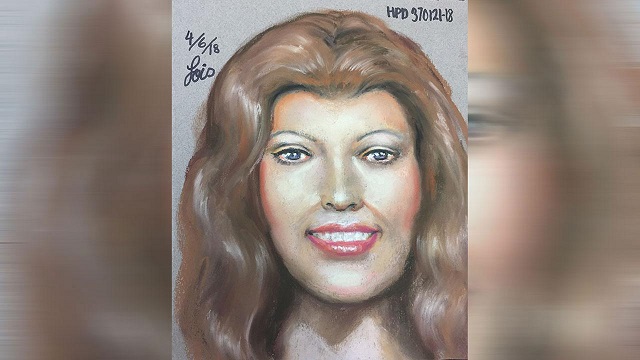 One investigator mentioned that they believe someone tossed the trash bag over the bridge aiming for the water but missed. The head in the bag was found south of Hackberry along the shoulder of the road on Highway 27. It was found by a woman and her daughter who were volunteers cleaning up the roadside.

A number of investigators have contacted authorities from outside of Harris County. This includes both Montgomery and Liberty counties. Contact has been made from all the way in Arkansas, trying to determine if the woman went missing from there.

All of these locations have been ruled out according to Department homicide investigator Michael Perez. The woman’s head, was found on the erosion-controlling rocks and boulders surrounding the HPD-patrolled Lake Houston off a Huffman, Texas-controlled roadway, Perez explained.