Home
>
Crimes
>
Widow arrested after having husband murdered 17 years ago

The evil deed took place 17 years earlier, in Tallahassee, Florida. A woman named Denise Williams, was taken into custody as a suspect for the death of her husband Mike Williams. Initially, he was believed to be the victim of a duck-hunting accident or to have been eaten by alligators.

Public ally, an indictment was made on 5/9/18. Denise is accused for plotting her husband’s death, in order to collect an insurance claim. It is suspected that Mike Williams, was technically killed by his best friend Brian Winchester. 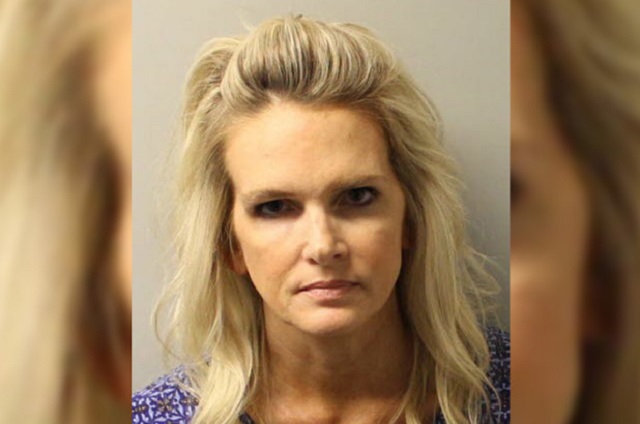 Denise is believed to be the mastermind behind her husband’s death. She was arrested on charges of first-degree murder and conspiracy to commit murder and accessory. This happened after the fact in her husband’s December 2000 killing.

An attorney from Tallahassee named Ethan Way, says Denise Williams had nothing to do with her husband’s disappearance and murder. Mr. Way went on to say, “The most troubling is the indictment spells out that Winchester killed Mike Williams and he has not been charged. Obviously Mr. Winchester has admitted to killing Mike Williams. Denise has had to live with the drumbeat of speculation for 17 years. She has cooperated with law enforcement from the beginning.”

The disappearance and mystery surrounding this case, has been seen as suspicious for many years. Without the body of Mike Williams, Denise elected to have him declared dead due to accidental drowning. It was believed that Mike Williams one day went out duck hunting to never return again. His corpse was likely devoured by alligators in the wild. Brian and Denise later would wed in December of 2005, but their relationship ended in 2016.

The case took a twisting turn after Brian Winchester pleaded no contest to kidnapping his ex-wife at gunpoint. He was later sentenced to 20 years time in prison. Ironically, the very next day after Brian pleaded no contest, Mike Williams body was discovered at the end of a dead-end road. All of this happened after authorities received new information. The body was found previously several months ago but Florida Law Enforcement had to confirm the body from DNA testing that it was actually Mike Williams. Winchester’s lawyer, Tim Jansen, wouldn’t comment on the indictment, but said his client will testify truthfully if subpoenaed or given immunity.

Both Williams and Winchester could also face insurance fraud charges. Florida Chief Financial Officer Jimmy Patronis said Wednesday that he has directed the state’s Division of Investigative and Forensic Services to investigate alleged life insurance fraud in the case.

The Mysterious death of Elisa Lam
Since September 1, 2017 Over 6,000 CEO's Among Other Government Officials Have All Resigned