It was a Tuesday around 10:45 a.m. on July 23, 1991. A picnic cooler was found near Dyckman Street exit, off the Henry Hudson Parkway. After opening up the cooler, workers were horrified to see the body of a dead child inside. This unidentified little girl, was estimated to be between 3 and 5 years old. Later, she was given the nickname “Baby Hope”. 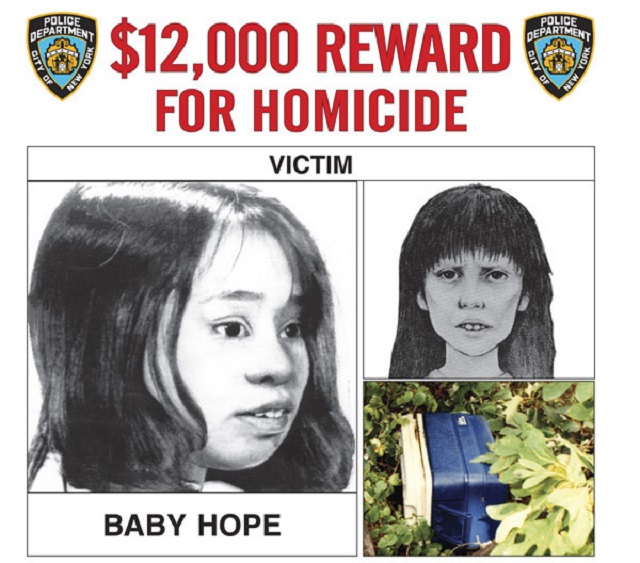 There was never any kind of missing report filed. Further forensics revealed, that this girl has been sexually abused and starved. As time passed, nobody has come forward with any information about her. Her identity still remains a mystery.

On July 23rd of 1991, officers continued to search for clues in and around the playground area of Dyckman Street. A $12,000 dollar reward, remains at large for any possible information leading to the arrest of a suspect. 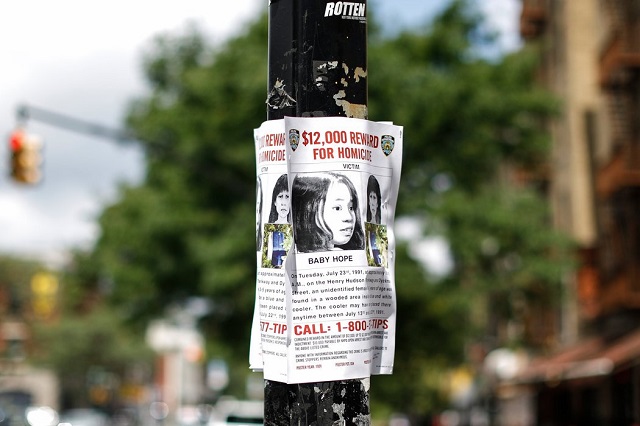 During this time, the police used one of their Crime Stopper vans, which circled the vicinity. The van was equipped with loudspeakers broadcasting pleas for tips. Messages such as “The New York City Police Department needs your help.” were said in both English and Spanish.

People were intent on trying to find more information about little baby hope. Fliers with sketches of how the little girl might have looked like then, were passed out to people in the area as well. Some officers insisted to stand on street corners, scouting and handing out fliers as well.

Detective Robert Dewhurst, of the Police Department’s Cold Case squad, said he waited and stood in front of the Crime Stoppers van. Dewhurst said, “We are asking the public’s help to identify this child. Obviously, somebody had to know her.”

The little girl known as Baby Hope was buried in St. Raymond’s Cemetery located in the Bronx back in 1993. Her body, was later exhumed for additional DNA test back in 2007 by the medical examiner’s office.

Unfortunately, biologists were unable to extract any of the DNA due to the condition her bones were in. Later, another attempt was made in 2011, using an improved extraction process. This time, they had success at obtaining a complete DNA profile of her. 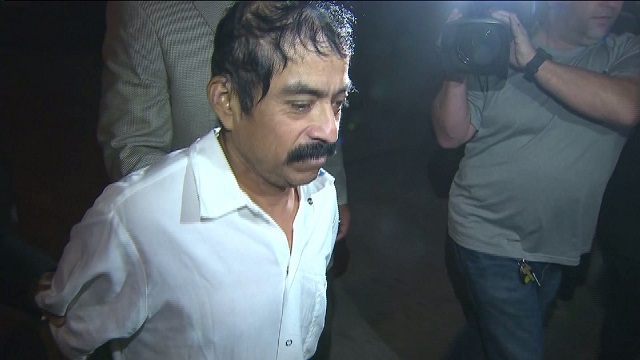 It seems that justice finally prevailed, as this case gained national attention. Back in 2013, a confession was made by Conrado Juarez. He was 30 years old, when he killed his 4 year old paternal cousin Anjelica Castillo. Conrado Juarez, admitted to torturing, raping and sodomizing Anjelica before smothering her.

He also stated that he bound Anjelica to a table in his sister’s apartment. He deprived her of water multiple times. Conrado said, he did not intend to kill her at first. However, when she cried out for help during the rape, he suffocated her.

After this, he told Juarez-Ramirez that their cousin was dead. His sister insisted that they should dispose of the body. They took her body, placed it inside of a cooler and took a car service to Manhattan to dispose of the cooler with Anjelica inside.

52 year old Conrado, is now denying abusing and killing 4-year-old Anjelica Castillo, but admits that he helped dispose of her body. He still awaits trial while being held at Rikers Island prison.